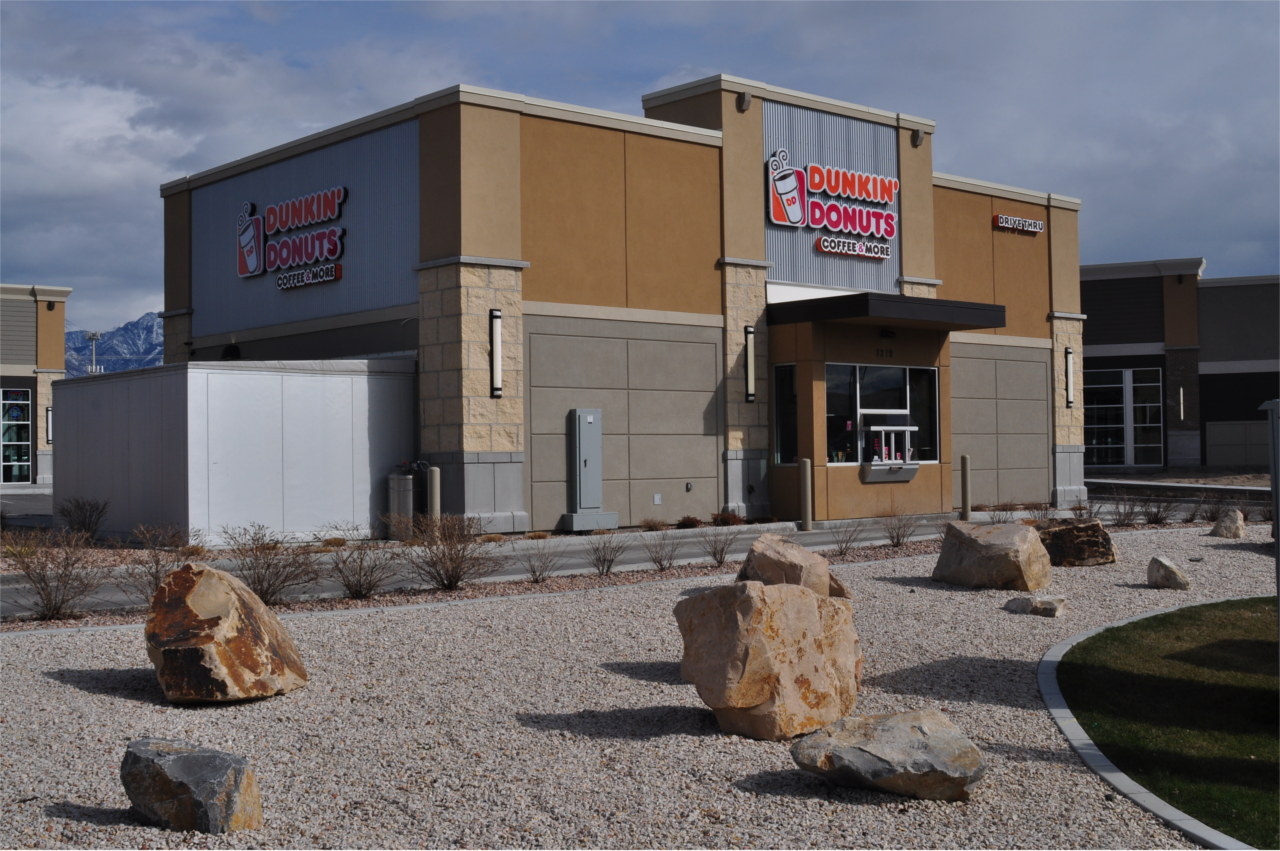 The company was founded by William Rosenberg in 1950. Mr. Rosenberg noticed that coffee and donuts were the best selling items at construction sites and went with a store with a limit menu. The first store opening in 1950. They began franchising in 1955.

In 1990, Dunkin' Donuts was acquired by a company called Allied Lyons.

The conglomerate that owns Dunkin's has a long history with two branches:

In 1873 by Samuel Gluckstein and Barnett Salmon of London created a tobacco company. In 1894 Joseph Lyons, Isidore and Montague Gluckstein created a spin off company that sold tea and created tea shops called J. Lyons and Co.. Lyons expanded into making biscuits and bought hotels and restaurants.

Lyons invested in electronics and was a co-founder of a company called English Electric which bought the Marconi Company famed for its radios. In 1951, Lyons used a device called an Electronic Delay Storage Automatic Calculator (EDSAC) which some people consider to be the first business computer.

In the 1960s Lyons sold its interest in English Electric and bought a hamburger chain called Wimpy. and in the 1970s it bought an ice cream chain called Baskin-Robbins.

In 1978, J Lyons and Company was acquired by Allied Breweries, which started as Ansell's brewery in 1858. The conglomerate changed its name to Allied Lyon.

Allied Lyon bought Dunkin' Donuts in 1990. Dunkin' had 2500 restaurants at the time.

Shortly after acquiring Dunkin', Allied bought a chain called Mr. Donut which was created by Rosenberg's son-in-law Harry Winokur. The Mr. Donuts in the US changed their name to Dunkin'. Those in Japan kept the name Mr. Donut.

In 1994, Allied Lyons merged with a distiller called Pedro Domecq S.A. The company changed its name to Allied Domecq. In 2004 Allied Domecq spun off its restaurant brands into a company called Dunkin' Brands. In 2011 Dunkin' Brands had an IPO on the NASDAQ and they trade with the symbol: DNKN.