Freddy's Frozen Custard and Steakburgers was founded in 2002 by Scott Redler, Bill Simon and Randy Simon of Wichita, KS. The restaurant is named for Bill and Randy's father Freddy who was a WW II veteran that was recognized with a bronze star and purple heart.

The chain is growing rapidly. They opened their 100th store in April 2015. Their site listed 278 stores (some opening soon) in September 2017. The picture shows a new Freddy's in West Jordan. 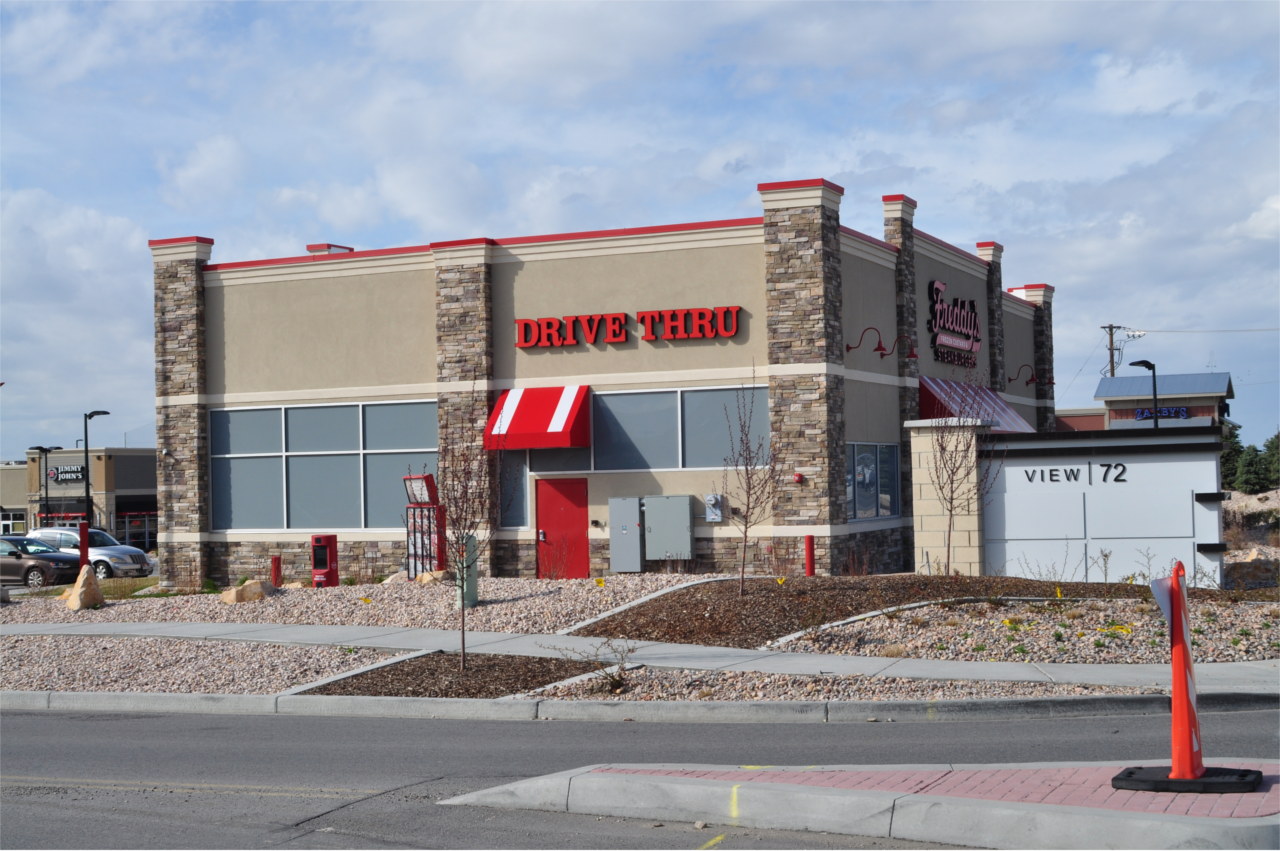