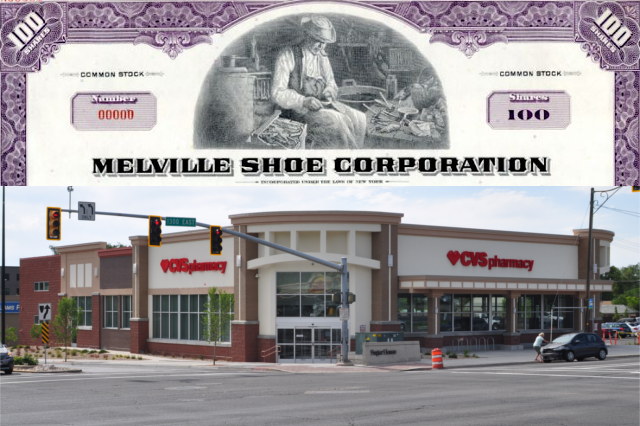 CVS in Sugarhouse by me. The stock certificate image came from Scripophily.net.

CVS Health Corporation is a huge health care firm that owns CVS Pharmacy. The company is headquartered in Woonsocket, RI and trades on the NYSE with the symbol CVS.

the company has 240,000 employees with roughly 10,000 locations. Many of the stores are located in Target Stores. The site CVS Pharmacy Realty has information on real estate opportunities with the firm.

This section will piece together some of the acquisitions in this company's history.

Company Man made a video about the CVS acquistion string. Company Man failed to recognize that CVS was over-leveraged in its first years. The expansion is the result primarily of Melville.